You can buy tickets for individual Feast week events or weekly tickets giving you access to all Feast events for a single payment. You can buy your tickets online from Eventbrite, a global self-service ticketing platform or from the following local outlets (cash or cheque only):

Note that Eventbrite charges a booking fee whereas the local shops and pubs do not.

Entrance to the Sunday Shelford Feast is available on the day by payment of a modest Entrance Fee.

Please note that attendance numbers for the evening events are limited by the capacity of our marquee and popular events may sell out. Ticket sales on the door, the Feast bar and food tent are now cashless, accepting contactless and card payment for your tickets, food and drink purchases.

See you at Shelford Feast!

Sponsored by Tayabali and White, our ever-popular beer festival returns to kick off Feast Week 2022, featuring over 30 different beers and ciders for you to enjoy plus live music during the afternoon.

We aim to provide a selection of different styles from porters to pale ales, showcasing the best from our local breweries and further afield - find our provisional beer list here! Pork pies and sausage rolls will be available, as will food from a selection of food vans.

Entrance to the Beer Festival is free! Please note that if you wish to stay beyond 6pm, you'll need to buy a ticket for our Ska night, which will be available in advance, online or on the bar unless sold out.

The Feast bar is now cashless, accepting contactless and card payment for your drinks. 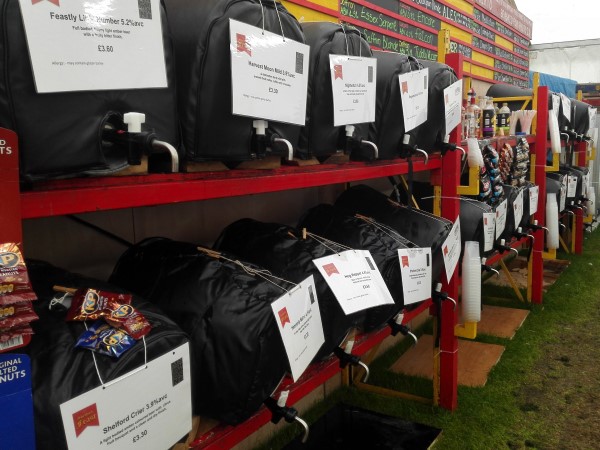 Renowned for a huge ska sound, entertaining stage antics and a loyal following, Big 10 are one of the most popular ska/2 tone acts in the South East. With 8-10 musicians on stage for each gig a Big 10 performance is a real treat for the senses.

Big 10 are lucky to have a group of seasoned performers – Jason and Gary have fronted and managed numerous bands. Chris, Liz and Dan have played for Bad Manners and Chris and Dan have also played for Neville Staple of The Specials. Davey has recorded/toured with chart acts such as Seal and Sophie Ellis-Bextor.

We’re looking forward to welcoming Big 10 back to kick off the week of festivities.

The Feast bar and food tent are now cashless, accepting contactless and card payment for your tickets, food and drink purchases.

A celebration of Shelford life with displays from local groups, stalls around the recreation ground, bouncy castles, live music throughout the afternoon and food and drink a-plenty.

Come along to see what the fuss is all about!

The Feast bar and food tent are now cashless, accepting contactless and card payment for your food and drink. Individual stalls will accept cash.

Entrance to the Sunday Feast Day is available on the day by payment of a modest entrance fee.

Your chance to perform on the famous Feast stage! We'll be hosting Matt Bartle's Nightlife Karaoke, with over 12,000 songs to choose from. Great fun, whatever your singing style!

Come along and have a sing, or just enjoy a drink at the bar...

The Feast bar and food tent are now cashless, accepting contactless and card payment for your food and drink. Individual stalls will accept cash.

An evening for all of those who enjoy watching dance on stage, sponsored by Angli-EAR Hearing.

The first half of the evening will feature performances from local youth dance groups, giving them the opportunity to perform in front of a discerning audience for perhaps the first time.

The second half of the show will feature a special performance from ex-Strictly professionals Vincent Simone and Ian Waite taken from their new touring show "Act 2".

A message from Vincent and Ian to Shelford!

The Feast bar and food tent are now cashless, accepting contactless and card payment for your food and drink.

Be prepared for a side-splitting evening of stellar entertainment, sponsored by Davies Solicitors!

Zoe Lyons took her first steps down the comedy path in 2003 after training as an actress at the Poor School in London. She went on to win the Funny Women Competition in 2004 and her debut Edinburgh show was nominated for the if.comedy newcomer award. In 2008 she won the Dave, Funniest Joke of The Fringe Award. Zoe has appeared in many TV and radio shows including Live at The Apollo, Michael Macintyre's Comedy Roadshow, Mock The Week, The News Quiz, The Unbelievable Truth and many more. 'Always fizzling with indignation and throwing out a hugely enjoyable mix of brutal putdowns and richly funny stories, Lyons has what it takes to delight any crowd.' The Guardian

Ben Van der Velde is a stand-up comedian, actor, improviser and presenter. Over the past decade he has spread joy and nonsense to all four corners of the British Isles, and abroad. He is a regular host and act for respected British comedy clubs including as The Comedy Store, as well as hosting stages for Bestival, Festival No.6, End of the Road and Sunday Papers Live. "The perfect comedy club host - he is a master of audience interaction. The audience weren't just warmed up, but pretty hysterical even before the first act of the night hit the stage" -Huffington Post

A genuine national treasure, Arthur Smith is a BBC regular, well-known for his appearances on TV’s ‘Grumpy Old Men’, ‘Q.I.’, ‘Have I Got News For You’, ‘The One Show’, Radio 4’s ‘Loose Ends’, ‘Balham Bash’, and host of Radio 4 Extra’s Comedy Club, and Radio 2’s ‘Smith Lectures’. Arthur is a ‘Spirit of The Fringe’ award-winning Edinburgh Festival stalwart and Olivier nominated playwright for ‘An Evening With Gary Lineker’.

Friz Frizzle ... is a Songruiner. Armed with a keyboard tie and a piano, he will take the tunes you know and love and mess around with them until you don't want to know or love them anymore. It's better than it sounds. "A Master of Musical Comedy" - Comedy Central.

The Feast bar and food tent are now cashless, accepting contactless and card payment for your food and drink.

No under 16s due to adult content and acts subject to change at short notice.

Returning by popular demand is the quiz to end all quizzes. Hosted by question master extraordinaire Steve Dann – by day Vice Principal, by night his principal vice is setting rounds of questions tough enough to baffle the smartest of residents. Sponsored by Tim Phillips & Co

Maximum group of 8 per team and pre-booking is a requisite. A meal is included in the ticket price - you can provide your choices when buying your ticket online. If you buy a paper ticket from a local trader, please fill in the entry form online or downloaded and sent to Sarah Coppendale (coppendales@btinternet.com).

The Feast bar and food tent are now cashless, accepting contactless and card payment for your food and drink purchases.

The Quiz is no longer accepting new teams 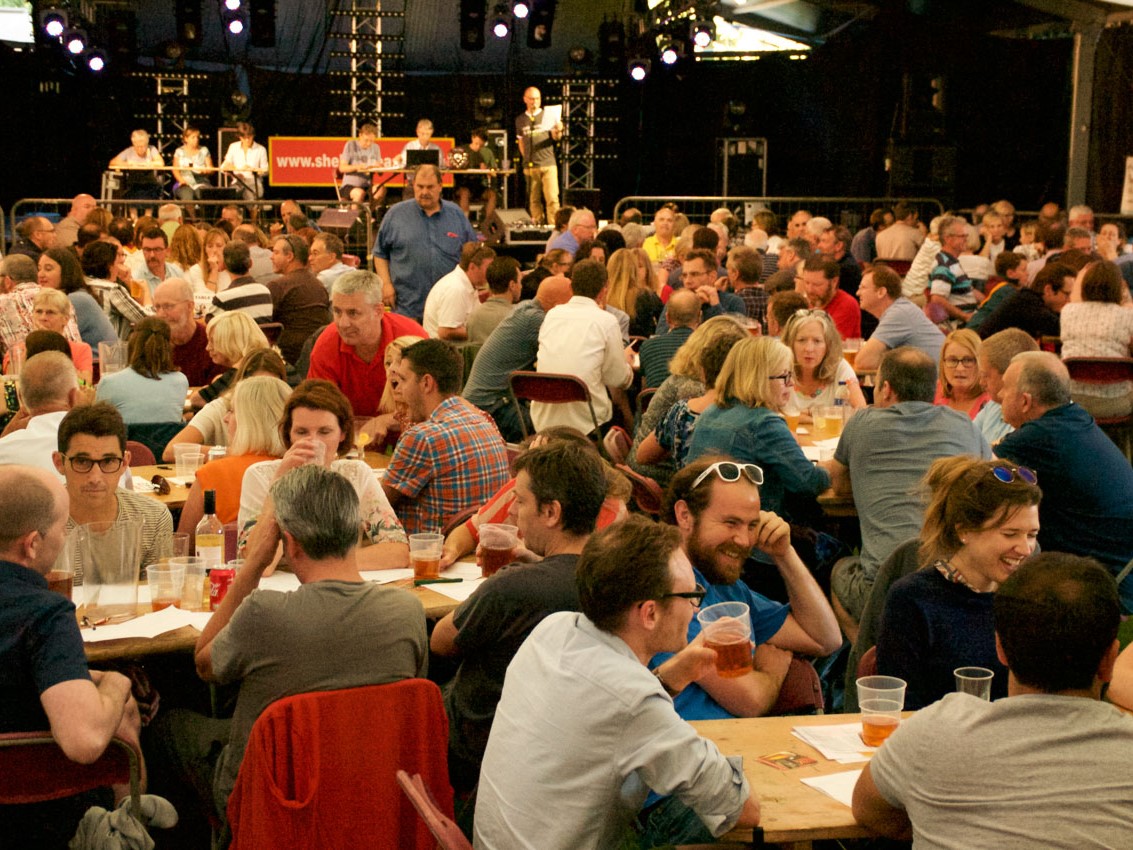 In the glorious setting of St Mary's Church in Great Shelford, enjoy a classical concert from the renowned Argentine classical guitarist Daniela Rossi performing solo and in duet with Sebastian Pompilio. Sponsored by Cambridgeshire Care Home.

Currently based in Cambridge, Daniela regularly performs in Latin America, Europe and UK in solo recitals, in duets and small ensembles. She has been guest artist at many important festivals.

Daniela is comfortable with music from all periods. She is particularly interested in the music of romantic composer Giulio Regondi, and has explored his language in depth over the last few years. As a result of this interest, she has just recorded a CD featuring Regondi’s works, including the Etudes.

Daniela also enjoys performing music by contemporary composers written for guitar, and worked on several new pieces commissioned by the International Guitar Foundation in London, such as Graham Lynch’s “Orpheus” for guitar and orchestra, giving the first concert performance at London’s Kings Place with the Newham Philharmonic.

In addition to working as an arranger, Sebastian is currently dedicated to performing and teaching Piazzolla's music at music festivals around the world. Sebastian is also a member of legendary guitar quartet Martinez Zarate and a founder member of Camerata argentina de guitarras. His latest release “Cite tango” includes 12 of his arrangements for solo guitar of works by Astor Piazzolla.

Tony Hadley is an English singer-songwriter who rose to fame in the 1980s as the lead singer of Spandau Ballet and launched a solo career following the group's split in 1990. Despite being more used to filling stadiums, Tony will be performing his classic songs in Great Shelford, in what is sure to be a sell-out Feast event. Yes it’s True, this will be Gold (sorry, couldn’t resist!). Sponsored by Adcock

A message from Tony to the Feast!

Hadley is known for his suave image, as well as his powerful voice, which has been described by AllMusic as a "dramatic warble". Music journalist and author Dave Rimmer described his voice as "like a foghorn—if a foghorn could be imagined trying to emulate both [Frank] Sinatra and [David] Bowie". According to Tim Rice, Hadley has a "strong and expressive voice that few of his contemporaries came near to matching"

Tony Hadley will be supported by the IndieTones: the ' best party band ever'!

The Feast bar and food tent are now cashless, accepting contactless and card payment for your food and drink purchases. Doors 7pm, IndieTones on stage at 8pm, Tony Hadley on stage at 9:30pm, finishing at 11pm. All timings approximate!

An award-winning DJ and champion for RnB music worldwide, Trevor Nelson is a household name across the UK.

As a radio broadcaster he presents shows on the BBC’s most popular music networks - "Trevor Nelson's Rhythm Nation" is live four nights a week on BBC Radio 2 and "Trevor Goes Old Skool" airs every Sunday on BBC Radio 1Xtra.

In March 2021, Trevor released his podcast series "Trevor Nelson’s Divas for BBC Sounds", comprising hand-picked archive footage in which Trevor reminisces on his most memorable interviews with some of the biggest artists in the music industry.

He continues to headline live music events across the UK under his brand Soul Nation. Shelford Feast are pleased to have Trevor, supported by DJ Chris Brown, bring the week to a spectacular close.

The Feast bar and food tent are now cashless, accepting contactless and card payment for your food and drink purchases. Doors 7pm, Trevor Nelson on stage at 9:30pm, finishing at 11pm. All timings approximate.

This event has sold out 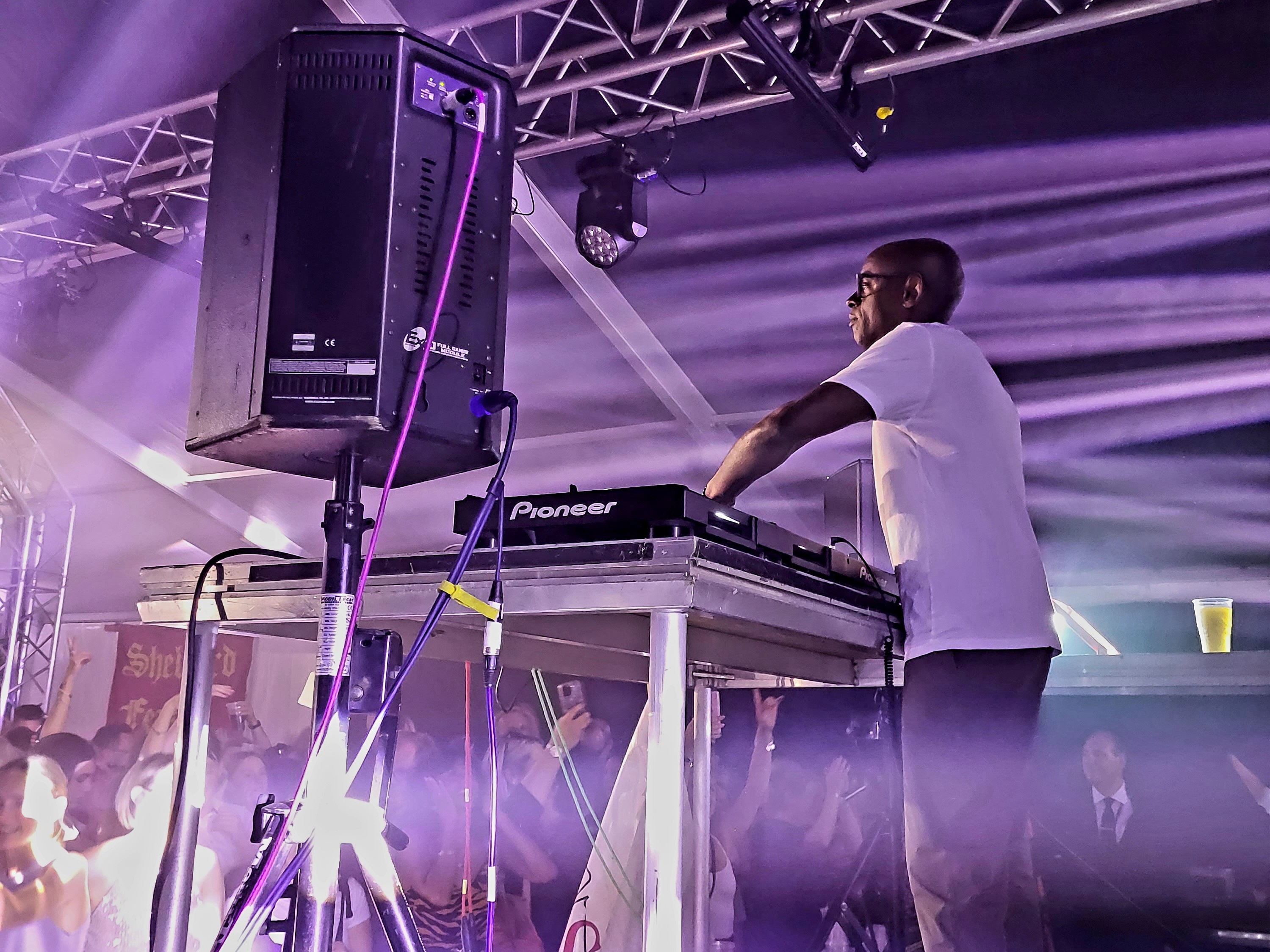